The 2015 Whisky Bible has posted its top picks for Best Whiskys In the World… And a Japanese whiskey has taken the highest honor. 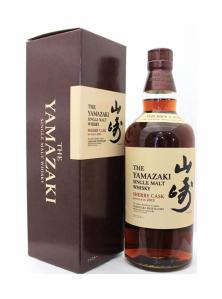 Jim Murray of the Whisky Bible called it “near incredible genius” and awarded it 97.5 points out of 100.

But let’s insult Scotch whiskey further, shall we?

This is the first time in the Whisky Bible’s decade-long history that not one Scotch Whiskey made it to the Top 5.

Oh but we’re not done yet!  The “Best European Whisky of the Year” was awarded to *gasp* the English Whisky Company’s “English Tipple Chapter 14, Not Peated.”

Now, I don’t weigh in on Scotch whiskey often, because Scotch whiskey is a very specific beast.  Yes, I have my favorites and they tend to be Speyside whiskeys… but I do have a soft spot for Highlands.  Anyway, I’ve been biting my thumb at Scotch whiskeys for years now.  I recently had a dram of a $150 a bottle Scotch whiskey and, not even kidding, my comment was:

But Japanese whiskey?  Now, they *are* technically executed very very well.  But I think that’s my problem with them: they’re technical.  There’s not much soul in them. I don’t get that sense of human emotion in Japanese whiskey.  Yes, I can taste the green tea, the mild sea spray, the barrel… but I can’t taste the worry, the care, the stress, the love.  Worse, I’ve seen the technicians who make some Japanese whiskeys and I can’t really imagine them drinking it… let alone enjoying it.

Further, I have had some lovely Japanese whiskeys… but none of them could hold a candle to a properly aged Bourbon.

All this to say:

You know they invented Bourbon, right?