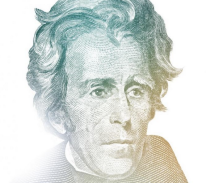 Have you ever found a President Jackson in a pocket of a coat you haven’t worn in months and thought:

“Sweet! Twenty bucks!  Hmm… I wonder what booze I could purchase with this found money…”

Of course you have!  Well, here we go.

It’s been pointed out to me that I just don’t review enough accessible booze.  And by accessible, most folks mean: inexpensive.  Sure, I’ve reviewed Four Roses (Yellow) and Buffalo Trace, but by and large, my reviews have been of stuff in the categories of expensive, or rare, or both.

(The title of this feature was going to be “Attack of the Inexpensive Whiskies” but that just doesn’t roll off the tongue nicely.)

We’re going to address that observation by quickly correcting it!

Over the next few weeks, I’ll be posting reviews of whiskies that will cost you no more than $20 in hard U.S. currency.  Also, these whiskies are all pretty damned easy to come by. 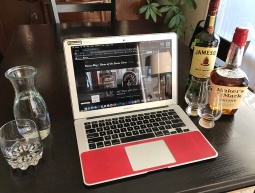 Tools of the Trade

Best of all: I’ve already written up half of them!  This means that you *WILL* see these reviews in a timely fashion!  No more over-promise, under-deliver!  The plan is to release the reviews in order of cheapest to most expensive (well, how much they cost me, I mean).  And when this feature is complete, we’ll announce last year’s “Booze of the Year”!