You’re all aware of my 101 series with the lists of boozes that will either start you off in your journey to being a better home bartender, or will establish you as the neighborhood hero.

For a moment, let’s just set those aside.

Several folks have emailed me, and a friend recently approached me, and all posed very similar questions.   That all boiled down to this:

“Ignoring your already published lists; if you could only have 4 bottles of hard alcohol for the rest of your life, what would they be?”

And I sat… and thought.

Would I go for versatility?  Should I just go superlative? Could I actually whittle it down to four bottles?

When it all boiled down to it, the choices weren’t really that hard. Let’s face it, I write about vodka, gin, and whiskey all the time.  So those should be represented. Then the fourth would have to be a tequila or a rum, right? 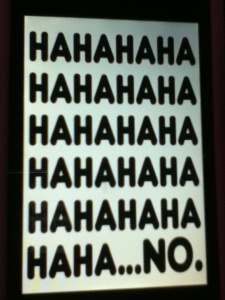 If I could only ever have four bottles of hard alcohol (seemingly bottomless bottles, of course) they would be these:

1. “The Alpha & Omega”: Plymouth Gin.  At heart, I’m a gin guy.  Yes, I love my whiskeys, but gin is where it’s at.  And Plymouth Gin is *the* gin.  If could only ever drink one gin for the rest of my life, Plymouth is it.  (Sorry, Bluecoat and Aviation… I love you both, I do, but I gotta respect.)  Neutral enough to serve as vodka when needed, yet herbal enough to make me a lovely Martini or G&T, Plymouth is it.

2. “The Crowd-Pleaser”: Four Roses “Yellow”.  Yes, it’s a whiskey… but it’s not any of the whiskeys what I wax poetic about.  Barterhouse and Rendezvous Rye are left twisting in the wind as far as this list is concerned. So what the hell is going on?  As a bourbon, it’s pretty tame.  As a whiskey, it’s exactly what I want.  So I’m setting aside the bourbon subcategory in favor of a more well-rounded choice.  It even got four folks who rarely agree on a booze to sit, sip, and enjoy.  Mellow and smooth, good cold, on the rocks, straight, or mixed… I’ll take it.

3. “The Rule Breaker”: Don Julio 1942. An *aged* tequila.  You must be in shock now.  I’ve chosen a tequila that spent years in a barrel, pretending that it’s some sort of south-of-the-border bourbon or wrong-side-of-the-pond cognac.  Yes, I’m breaking my rule of “the only real tequilas are blanco tequilas.”  But rules are meant to be broken.  And this is definitely worth breaking the rules.

So that leaves just one.  Just ONE hard alcohol left.  And it’s one I haven’t even reviewed yet.

4. “The Unexpected”: G. E. Massenez Poire-Prisonnière Williams Pear Brandy. I don’t think I’ve even reviewed a single brandy yet, but this one must be in my liquor cabinet from now til the day I die.  Yes, it’s one of those quirky bottles of French brandy with a whole pear nestled inside.  But oh man… it’s heaven in a bottle.  At room temp or warmer, it’s a hot pear; alcohol & pear.  But chilled: it’s a fresh Williams pear.  No other flavors at all.  Seriously dangerous, but exciting and refreshing.

And there you have it.  My list of four liquors that I’d happily sip for the rest of my life.

…well, for this moment any way.  I’m as changeable as the tide, so who knows what I’ll think of this list in a year.

What four bottles of hard stuff could you simply not live without?